Jiang Duan, minister of the Chinese mission to the UN in Geneva, harshly condemned the US’ illegal military interference in Syria and urged it to stop violating the Syrian people’s basic human rights, at the 51st session of the UN Human Rights Council on Thursday.

The Syria issues have continued for more than 10 years and its people are still suffering from poverty and war, a situation that the US and a number of other Western countries must bear the main responsibility, Jiang said.

The Chinese envoy’s condemnation is the latest against the US and some Western countries’ shameful human rights record as more countries, including China, criticize them for imposing unilateral sanctions and violating human rights in their own countries and across the Middle East.

The US’ frequent military interference in Syria has caused significant civilian casualties, leading to homelessness and causing inestimable property losses. Last month, the US military launched a new round of air raids in the east of Syria, continuing to trample on Syria’s sovereignty and worsen local people’s misery, Jiang said.

Moreover, the US has imposed unilateral sanctions on Syria, making its people hard to maintain living standards and causing difficulties for Syria’s rebuilding and economic development efforts, the Chinese envoy  said.

As of today, the US military still controls Syria’s national resources of oil and natural gas, and seized more than 80 percent of its oil and smuggled or even burned Syria’s grain storage – all these actions severely violated the Syrian people’s basic human rights to food, health and development, Jiang said.

The crisis in Syria has shown that interference from external forces, inciting confrontations, and imposing sanctions do not help to solve problems. China has always advocated letting the Syrian people lead and govern their own affairs, and letting them determine their country’s future without external interference, Jiang said.

The Chinese envoy urged the US to end its illegal military interference in Syria, remove unilateral sanctions, stop stealing Syria’s oil and grain, and give back human rights, wealth, freedom and dignity to the Syrian people. 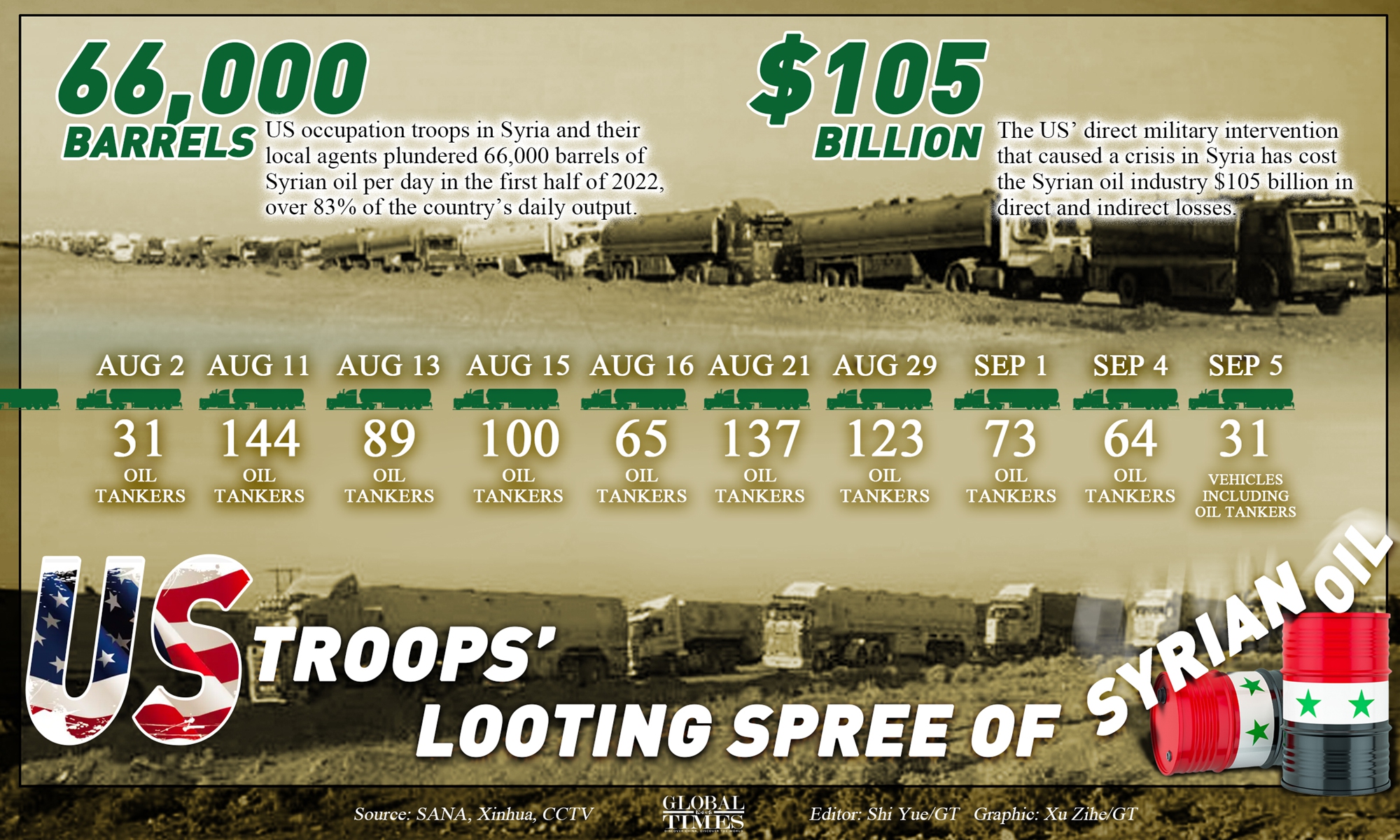 Since the beginning of the 51st session of the Human Rights Council on September 12, China and many countries have condemned human rights violations by the US and some Western countries and urged them to remove unilateral sanctions which have no basis under international law.

For example, on September 20, the Chinese envoy expressed concerns over the US dumping toxic nuclear waste on an Indian reservation. The Chinese envoy also strongly condemned the US for its long-existing arbitrary detention of more than 1.7 million people, of which more than 45,000 are children who have been held in private detention centers.