‘Man of virtue among flowers’: An evergreen icon takes root on stage

The lotus has traditionally served as a divine symbol in China, representing a noble and unsullied personality, and has been favored by scholars and poets for its upright posture and elegant colors.

One of the most famous texts paying tribute to this treasured aquatic plant is the poetic essay “Ode to the Lotus” by the philosopher Zhou Dunyi from the Song Dynasty (960-1279).

As Zhou wrote, “The lotus grows out of mud but is not stained; it is rinsed in clear water but does not look flamboyant.” Dubbed “the man of virtue among flowers,” the lotus also ranks as a fan favorite among artists.

The Song Dynasty painting “A Lotus Flower Blossoming from the Water” is considered one of the best representative works praising its beauty. Although the picture looks simple at first glance, a deeper look reveals its exquisite detail and refined brushwork, striking a perfect balance between clarity and obscurity.

Produced by China Media Group, the cultural program “China in Poetry and Painting” invited renowned actor Bao Jianfeng and acclaimed dancer Meng Qingyang to help reanimate this classic painting and portray the spirit of the lotus.

The lotus is a natural marvel, growing from sludge but emerging unstained, while presenting a delicate yet bewitching posture. Chinese people admire this colorful aquatic plant and see it as symbolizing a noble and unsullied personality.

Based on the plant’s cultural connotations, an anonymous artist during the Southern Song Dynasty painted “A Lotus Flower Blossoming from the Water.” In it, the lotus stands gracefully in full blossom. The petals are pink and round, spreading freely among the emerald green leaves, with several stems hiding under the surface.

Although the presentation is relatively simple, the artist imbues the work with vitality through the use of exquisite detail to give it a more sensuous feel. “A Lotus Flower Blossoming from the Water” is considered one of the best bird-and-flower paintings from the Southern Song Dynasty. Even more impressively, the artist used the technique of staining rather than sketching, which requires a much more skilled level of brushwork.

Although the painting is small, it projects an atmosphere of expansiveness and generosity. According to Fan Dian, dean of the Central Academy of Fine Arts, “A Lotus Flower Blossoming from the Water” reflects the traditional Chinese view of cosmology.

The silk paper is square-shaped, as the Earth was still thought to be flat some 900 years ago, while the painting itself is round, referring to the sky. With layers of petals swinging lightly among the verdant leaves, the lotus looks especially bright and prominent. The painter depicts the flower as if she were a beautiful maiden, one who sometimes wears thick and heavy colors, while at other times preferring a more plain-looking wardrobe. The construction of such a harmonious palette is another reason why the painting is so highly valued.

In the performance, a lotus seed from 1,000 years ago is planted and blossoms after it was discovered during an archeological dig. Modern technology can not only capture the vitality of old seeds, but also revive the charm of antique paintings.

On the stage of “China in Poetry and Painting,” actor Bao Jianfeng is cast as the protagonist Zhou Dunyi – a famous Song Dynasty cosmologist and writer, who has become enchanted by “A Lotus Flower Blossoming from the Water.” Sitting in a pavilion, with a glass of wine in hand, he recites the essay “Ode to the Lotus” while admiring the lotus pond. Through the light haze, he sees a beautiful maiden start to appear from inside layers of sheltering petals that encircle her like a floral carriage.

The lotus fairy, played by Meng Qingyang, personifies the nobility and purity of the lotus. Digitally composited inside the flower, she dances gracefully at the center of the huge lotus, transporting audiences back through the centuries to meet the “man of virtue among flowers” face to face. For millennia, artists have depicted the lotus in various art forms, cementing its place at the heart of traditional Chinese culture. Nowadays it is still revered by Chinese people as a symbol of elegance and nobility.

“A Lotus Flower Blossoming from the Water” was painted in a realistic style characterized by fine brushwork and close attention to detail. It also incorporates philosophical and poetic sensibilities by using the lotus to epitomize the moral code of the man of virtue. Over the years, the lotus has embodied the aspirations of many Chinese, including the cosmologist Zhou Dunyi and the anonymous painter. The character of the lotus – dubbed “the man of virtue among flowers,” has been admired throughout Chinese history, and will likely continue to enthrall and influence people for many generations to come. 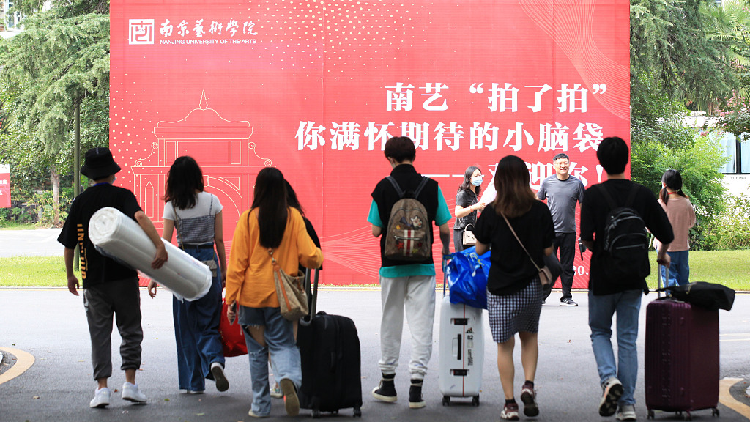 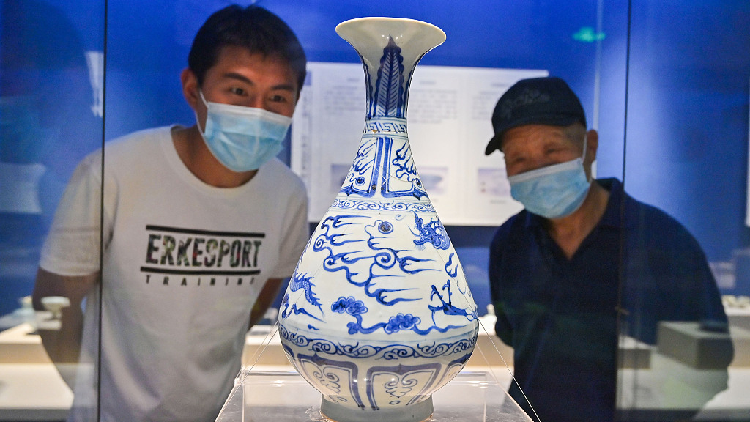 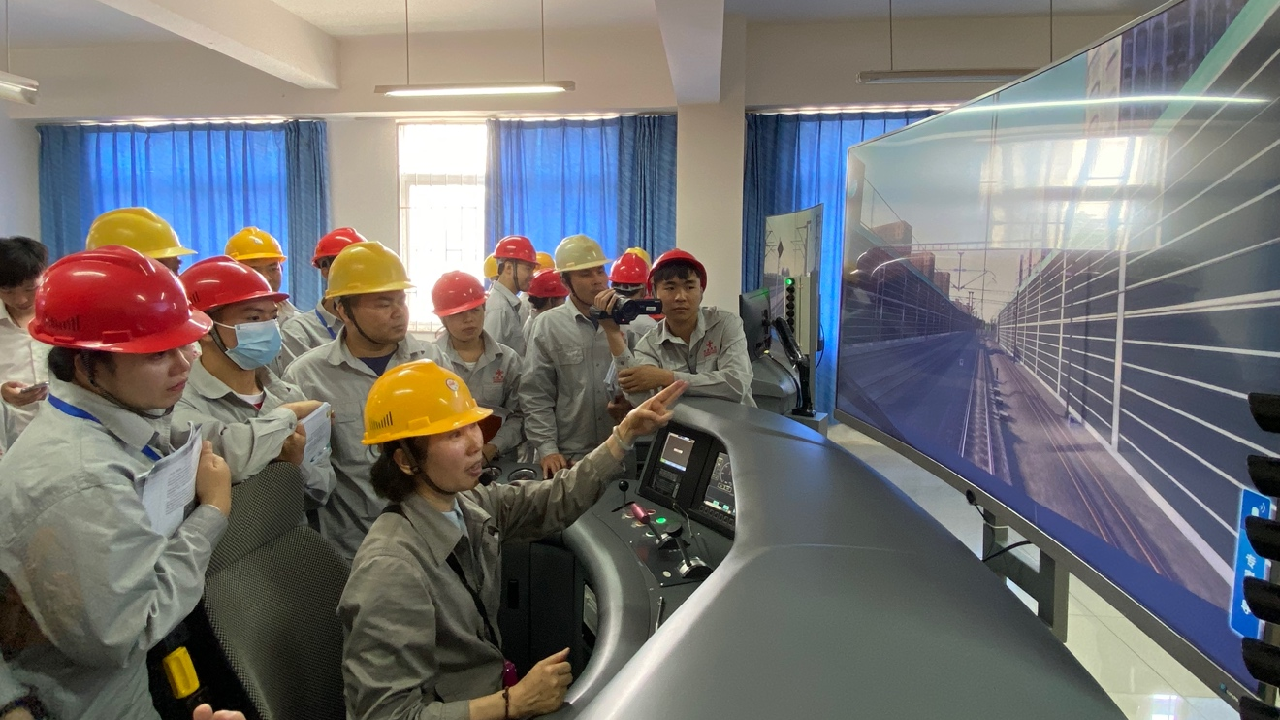 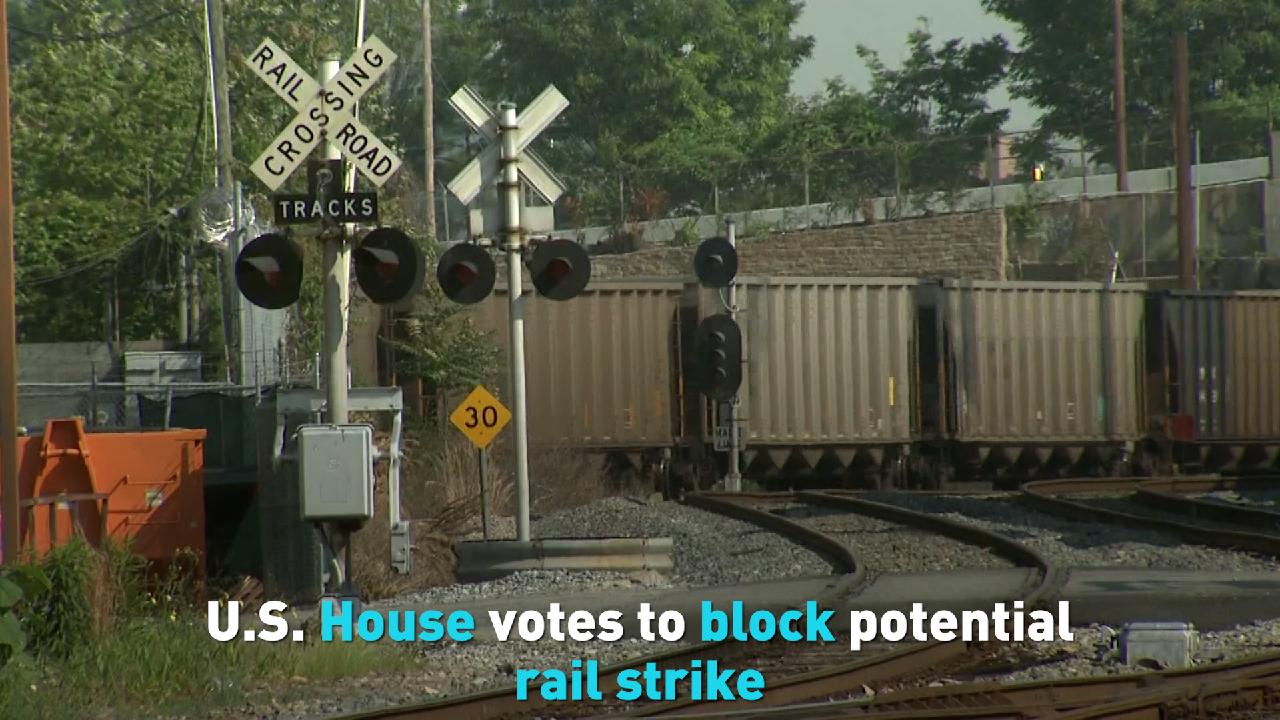